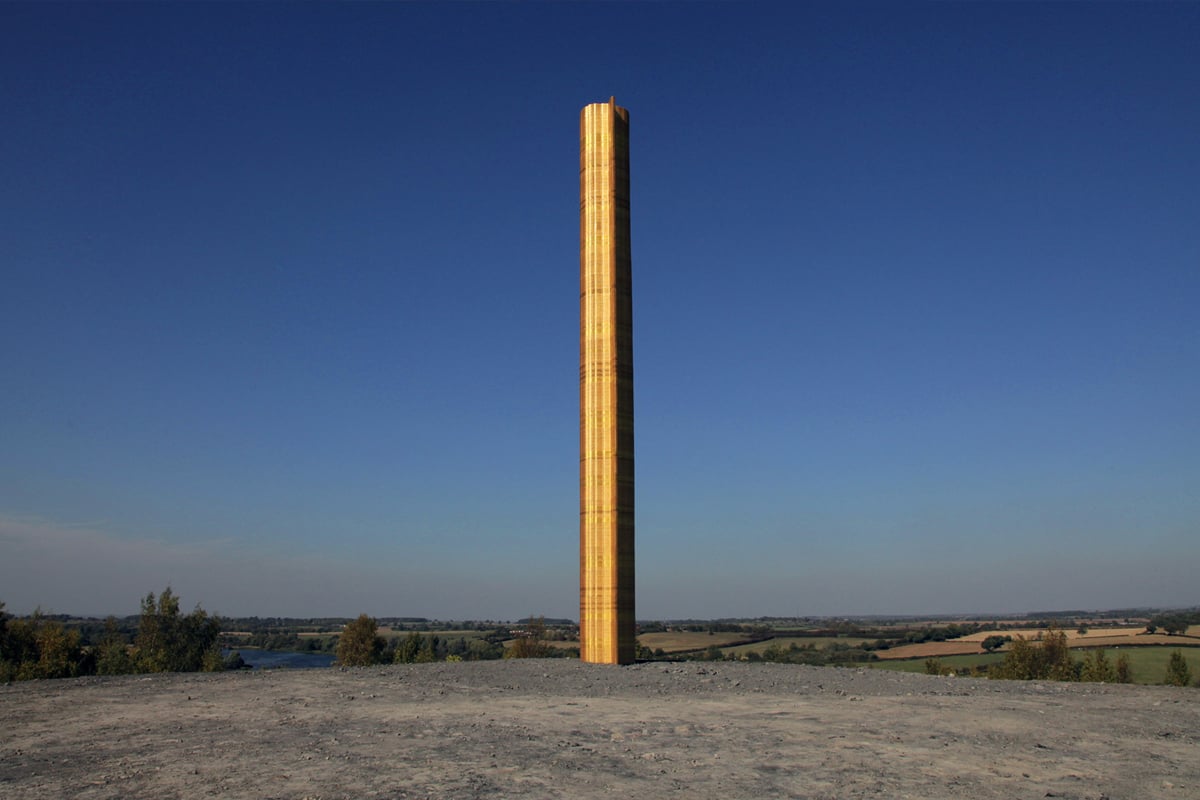 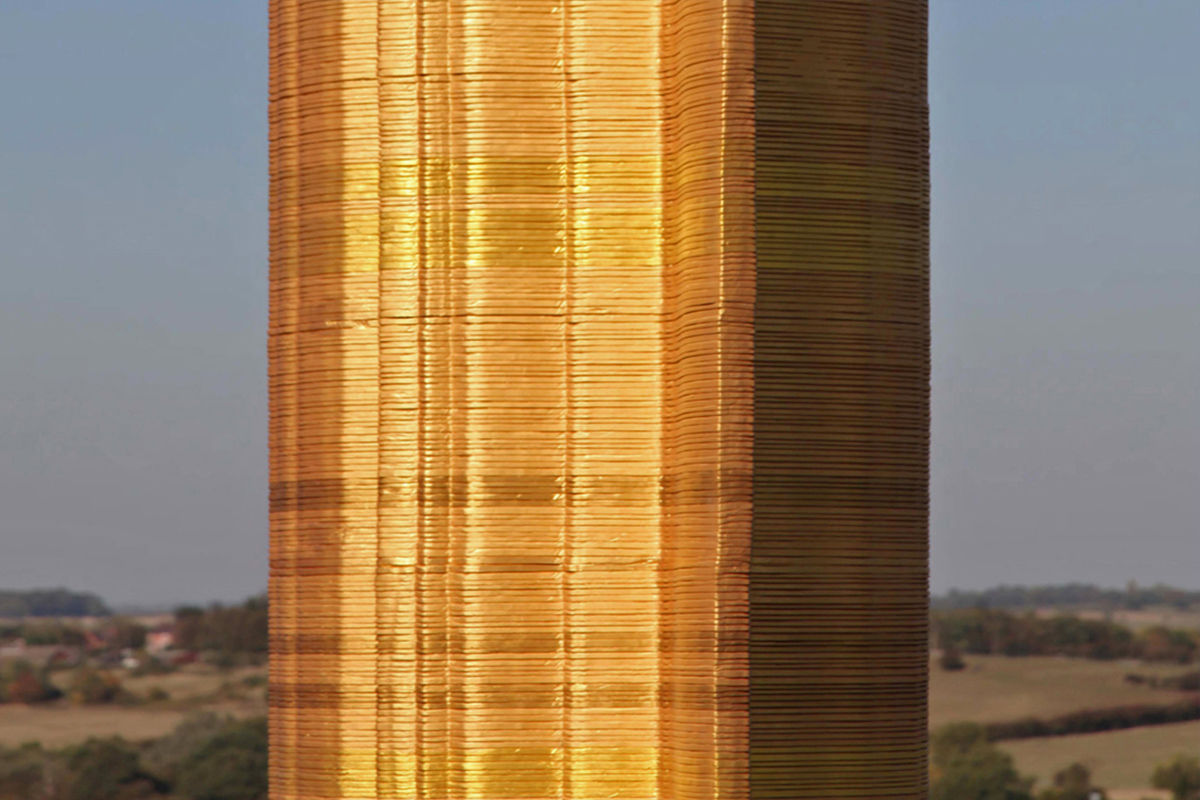 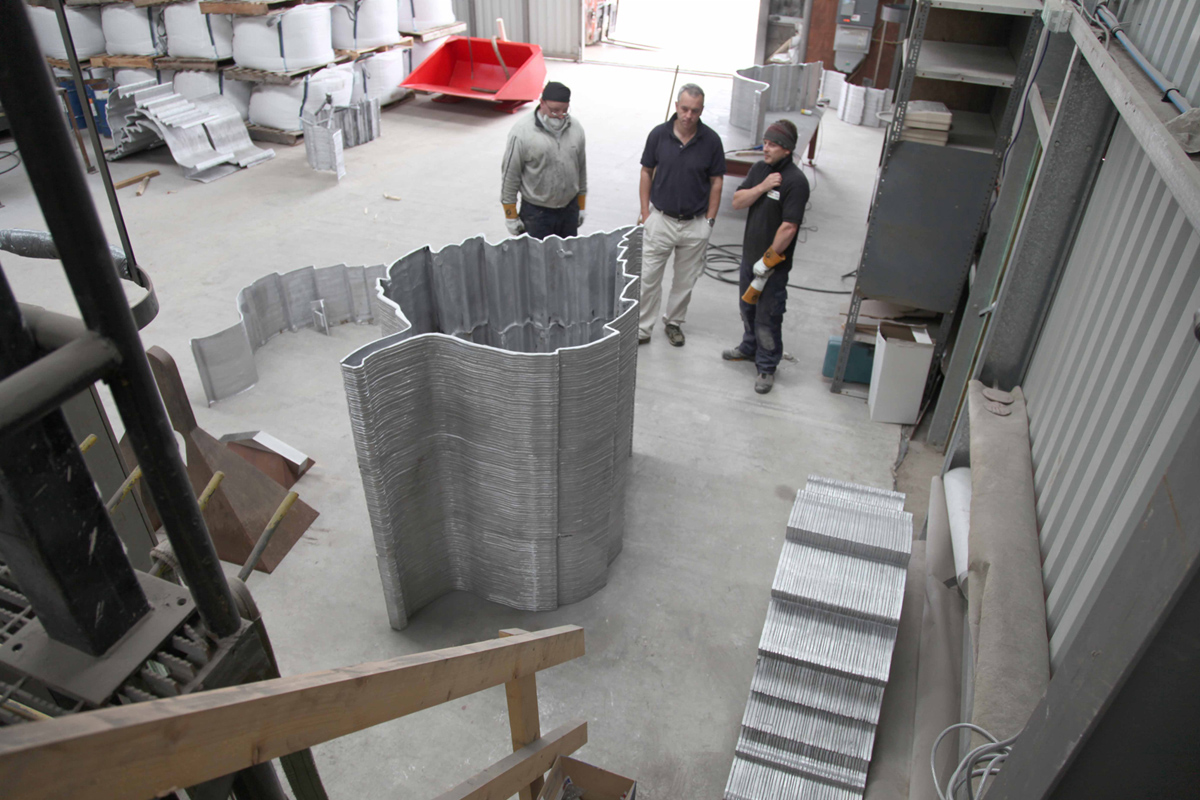 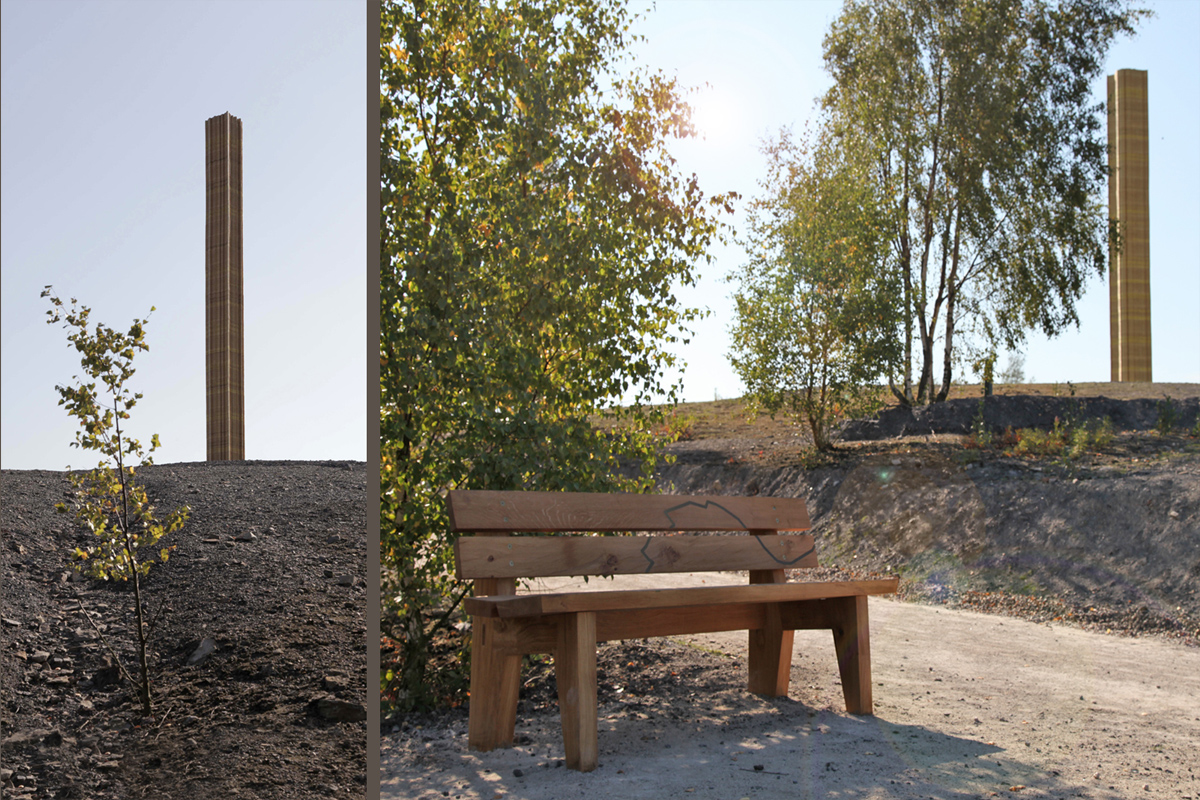 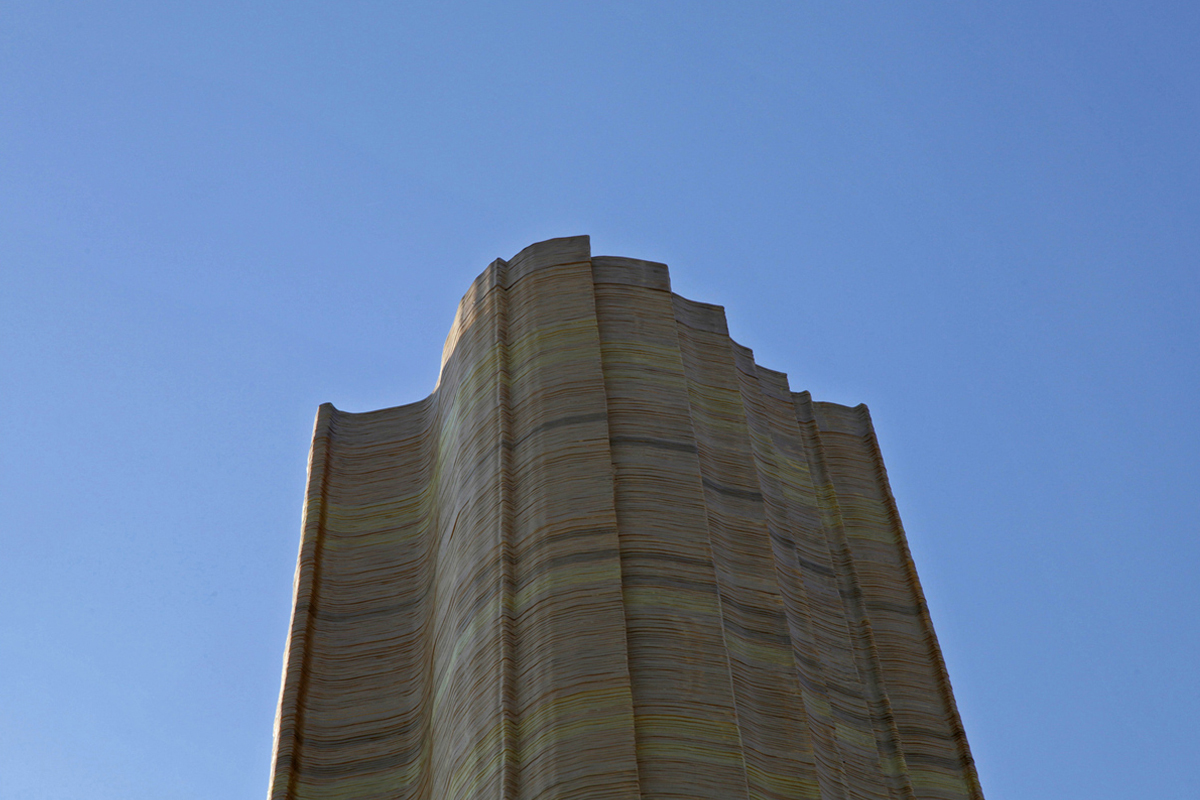 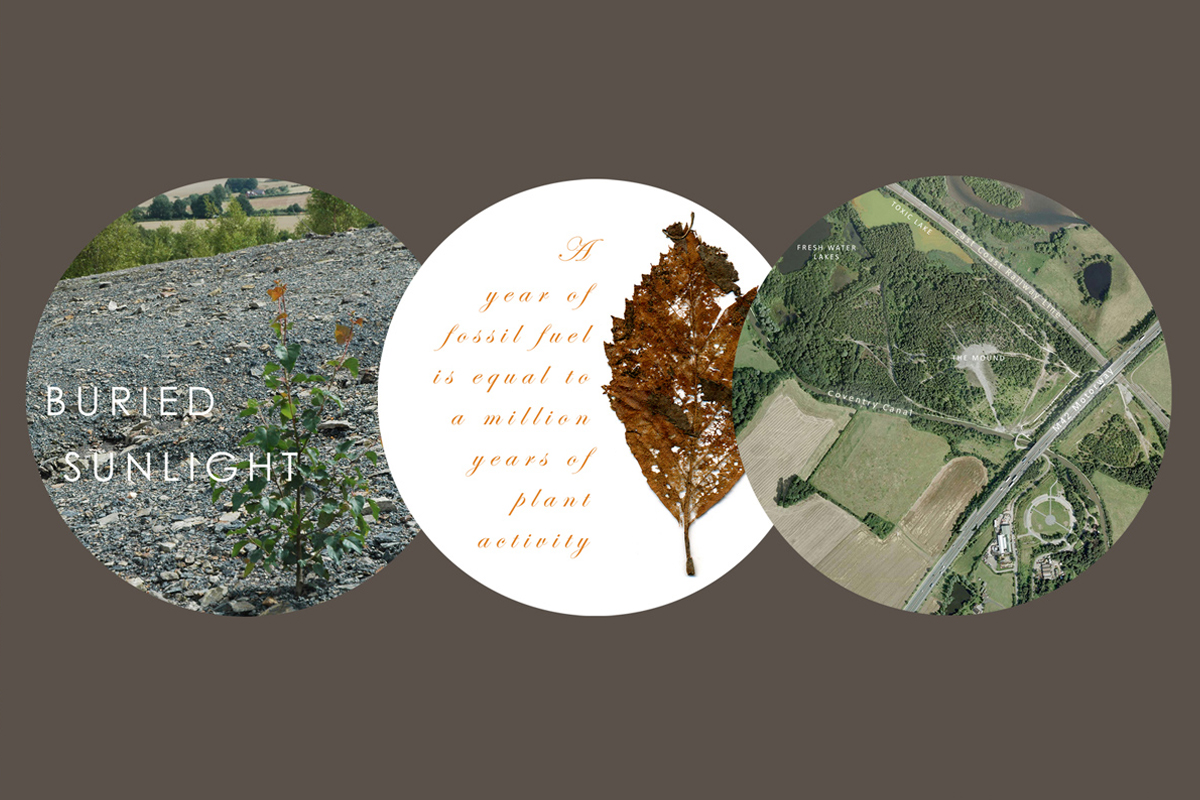 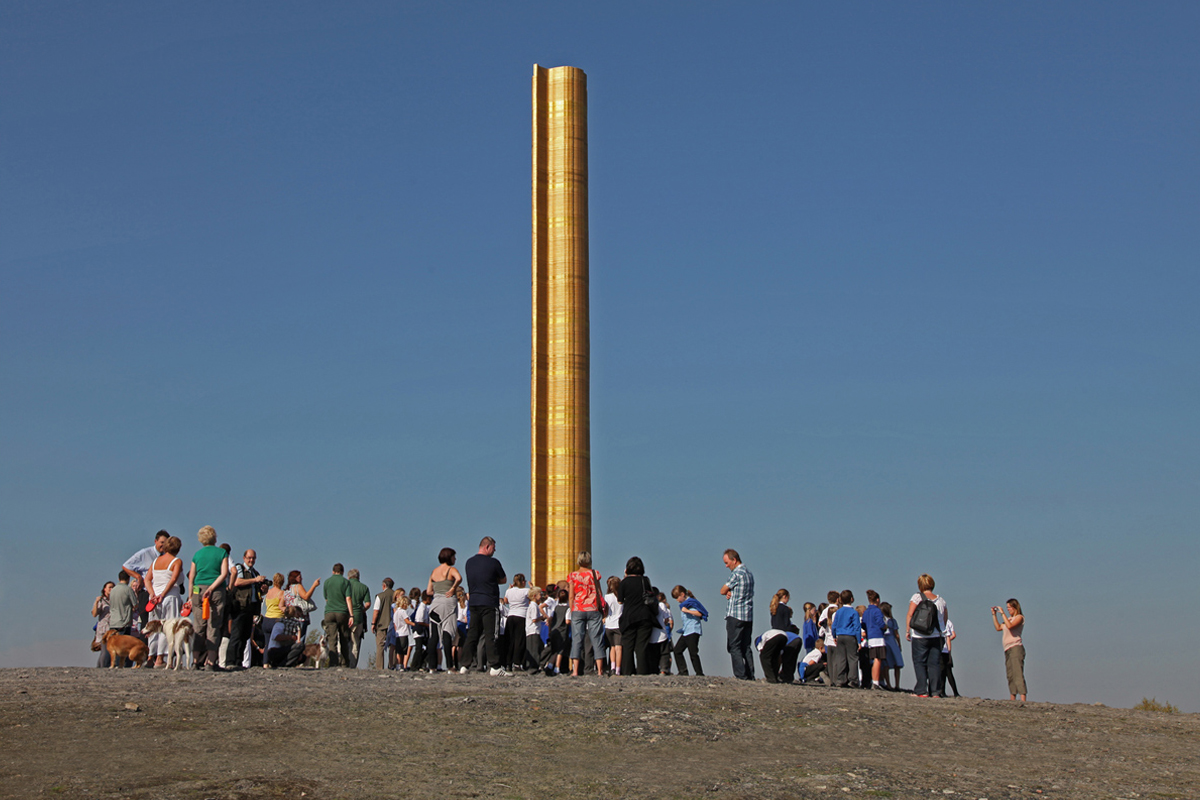 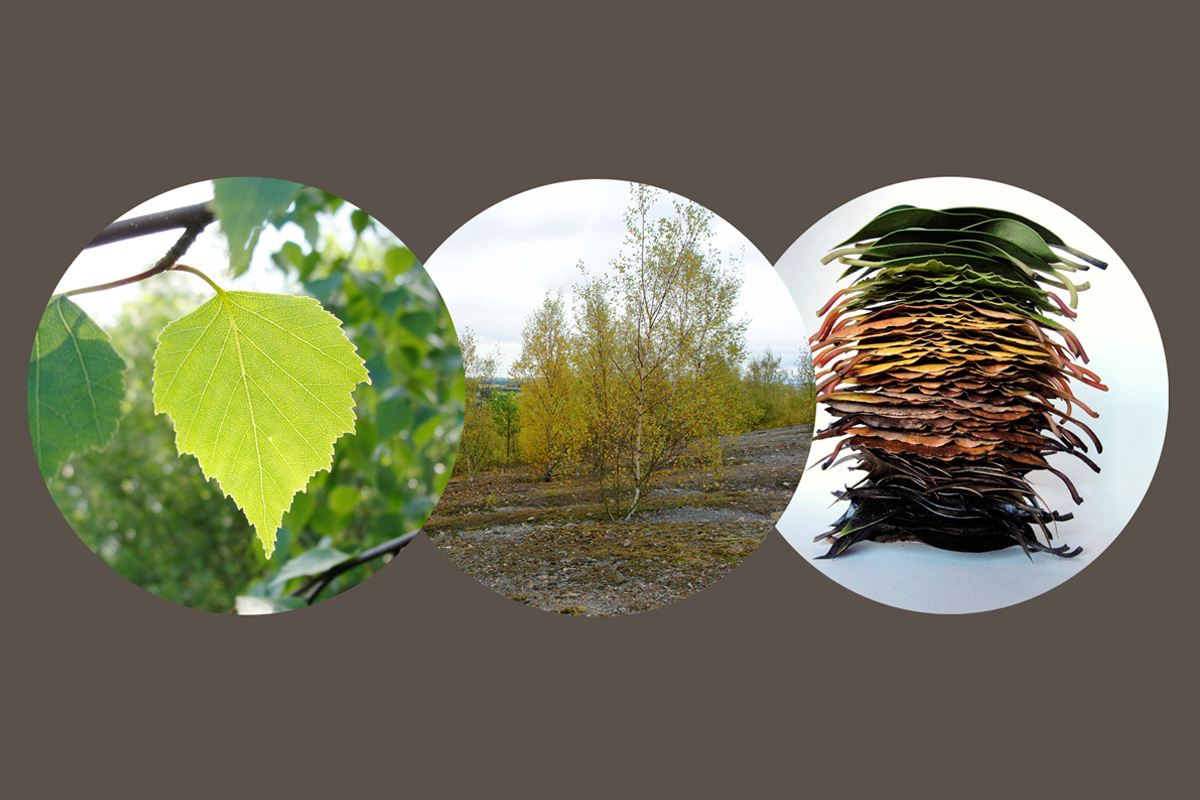 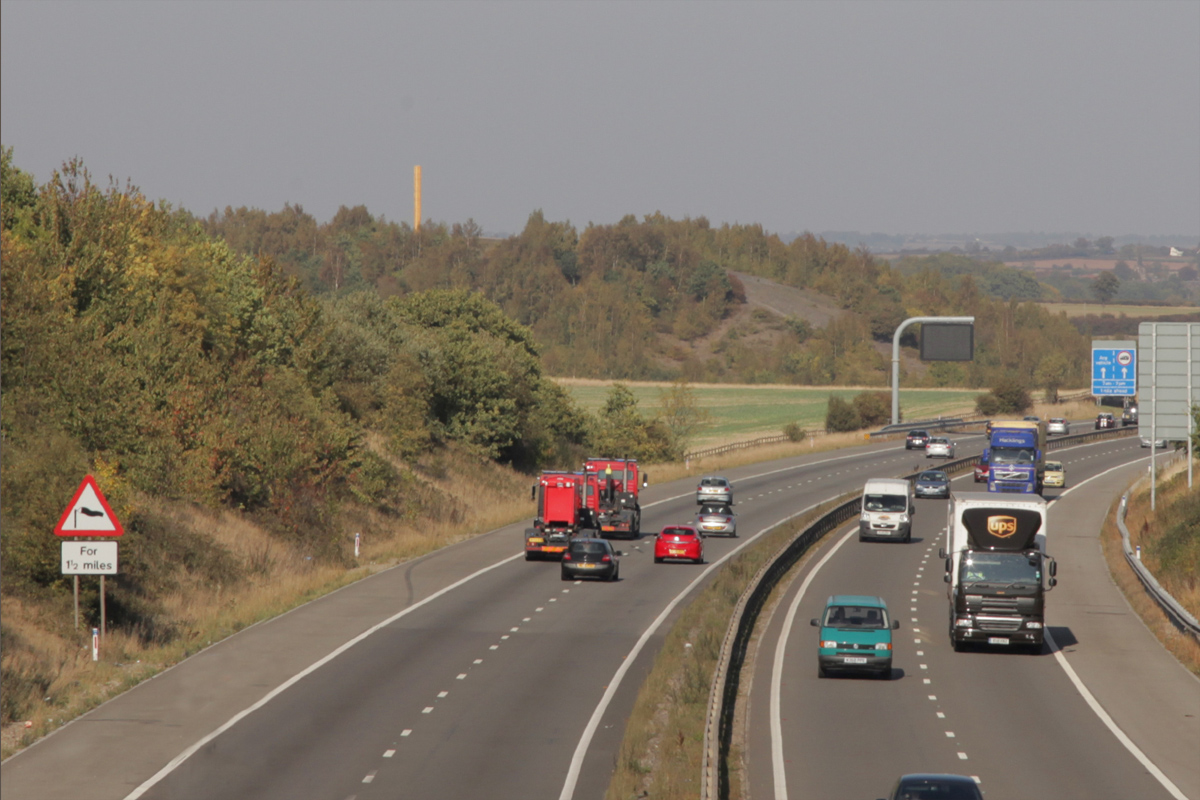 A 12-meter high landmark sculpture on the site of the former Pooley Hall Colliery  visible from the M42, the artwork takes the profile of a birch leaf one stacked ontop of another. The structure was cast in aluminum before being gilded in gold.   Birch is a shallow rooting tree, able to cope with toxicity in soils and often the first  to colonise poor grounds. The idea of a leaf, or indeed millions of leaves, performing the alchemy of transforming air borne carbon, through sunlight, and anchoring this to the earth,  is a powerful symbol of both Pooley’s past and future. The coal that was mined at Pooley  for over a hundred years, was formed during the Jurassic period when millions of years of organic growth  and decay was compressed into the seams of coal that were extracted and helped fuel  the industrial development of Britain. Gold Leaf refers to these differing periods of plant activity, of the huge economies that grew from the excavation of buried sunlight, and re-evaluates  our relationship to our natural resources as we imagine the shape of future economies.  The artwork was cast, fabricated and installed by Black Isle Bronze. Gold finishing by TriTech, Nairn Ltd. Art Project managed by Working Parts.

Commissioned by Warwickshire County Council and the Homes & Communities Agency, NE of Birmingham, England, and was funded through the HCA's National Coalfields Regeneration Programme.